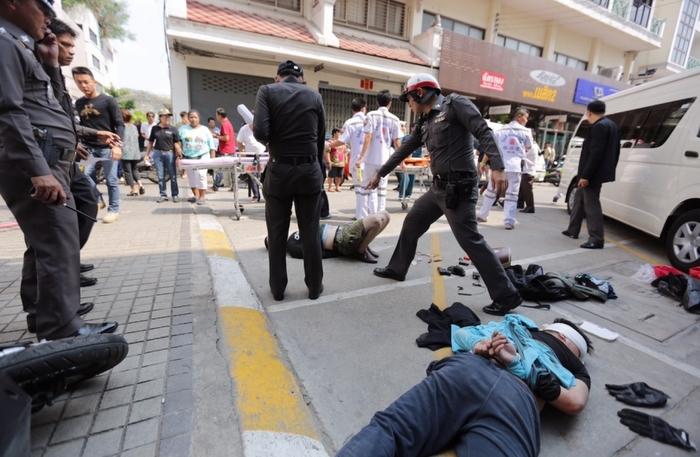 PHUKET: Local officials are assuring the island’s safety after a member of the gang that attempted to rob a Bangkok gun shop revealed that the weapons may have been destined for either Chiang Mai or Phuket.

Phuket Provincial Police Deputy Commander Peerayuth Karajedee this morning reaffirmed that all necessary security measures were already in place on the island.

“We have not received any special request or order about this matter. However, please be assured that we are doing our best and keeping a close eye on all criminal activity,” said Col Peerayuth.

Yesterday morning, police in Bangkok foiled the robbery attempt by the Chinese gang. Three of the four men were injured, one fatally, during a shootout with officers, while the other member was later discovered hiding in a building on Soi Sirichai 1, reported The Nation.

National Police Commissioner General Chakthip Chaijinda said that the Chinese gang had five members enter the Kingdom on February 27. Police are now searching for the fifth suspect, Zheng Yang, who is believed to be the gang leader.

Gen Chakthip interrogated one of the suspects, Li Kunpeng, via an interpreter, for more than an hour.

Mr Li disclosed that he believed his gang wanted to get firearms for use in either Phuket or Chiang Mai.

According to The Nation, he told officers that he did not know what Mr Zheng – who was not part of the robbery attempt – had planned to do with the firearms.

Col Peerayuth urged people not to panic, but to keep their eyes and ears open.

“If you hear or see anything suspicious, please report it to the police immediately,” he said.

Public asked not to rely on social media for tsunami warnings