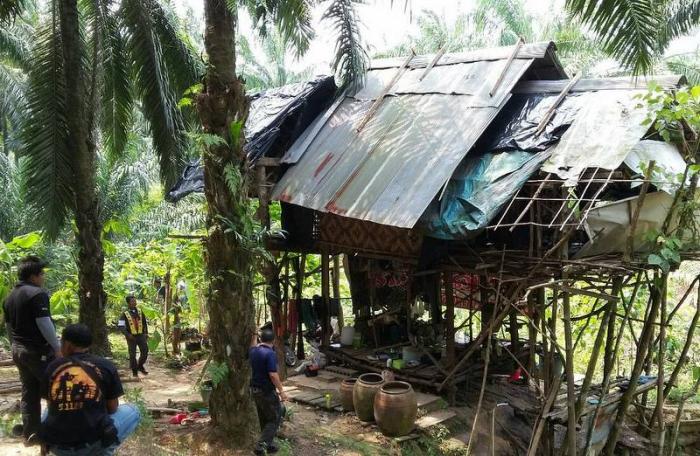 KRABI: Krabi Police captured one suspect and are searching for two others who were able to flee the scene of a raid on Monday in Ao Luek.

Police were alerted to the location after neighbors complained of an illegal gun production ring.

At the scene, police recovered five handguns, four rifles, two instruction manuals on how to make guns, a kratom juice boiler and about 100 kratom trees aged between a month to three years old.

“Mr Noppadon claimed that he was just visiting his brother’s house and denied any involvement with the drugs or weapons,” Col Dhamprahat said. “We have kept everything as evidence, but destroyed all of the kratom trees.”

Mr Noppadon has been charged with the illegal production of firearms and possession of a Category 5 drug.

“We will continue to search for the other two suspects,” added Col Damprahat.