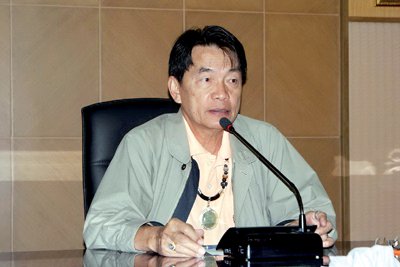 PHUKET: A move to secure 30 million baht in funding to build an international school in Krabi has been presented as one of the projects to be submitted to the Cabinet for approval during the ministers’ meeting in Phuket on March 19-20.

The Krabi Provincial Office of Tourism and Sports proposed the idea, currently labelled the “Andaman International School” project, to a review committee on March 2 headed by Phuket Governor Tri Augkaradacha.

The committee will vet and decide on which projects from Ranong, Phang Nga, Phuket, Krabi and Trang provinces will be presented to the Cabinet of Prime Minister Yingluck Shinawatra for approval.

“I want the Andaman International School to raise the standard of education in Southern Thailand to be as good as schools in Bangkok,” Krabi Town Mayor Kiratisak Phukaoluan told the Phuket Gazette.

“I also want students in Krabi, as well as the rest of the Andaman region, to be ready for the [induction of the] Asean Economic Community [trade regulations] that will start in 2015,” said Mayor Kiratisak.

“Children living in the Andaman region should have an educational institution that meets international standards. I also want children in the Andaman to understand the importance of education,” he added.

“The school would be built in Tambon Krabi Yai, in Krabi Muang District, and administered in affiliation with the Krabi Yai Municipality,” said Mayor Kiratisak.

“The school will open as a bilingual school – English and Thai. The plan is to provide primary level classes from Prathom 1-6 [grades 1-6].

“However, in the first year the school would only provide classes for Prathom 1 and 2 students,” he added.

Phuket to hand out souvenir shirts for Cabinet meeting