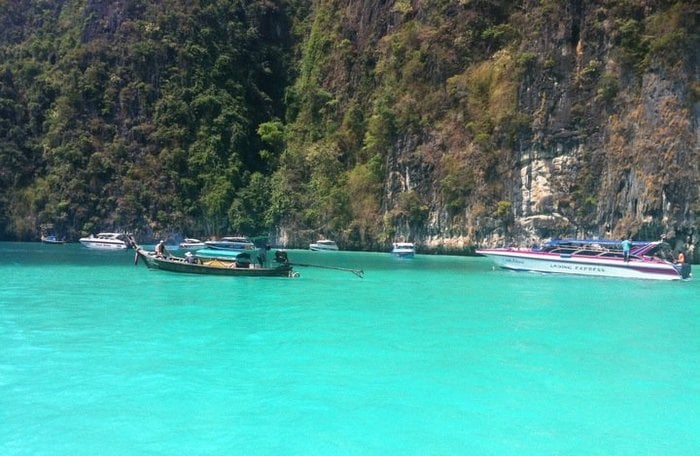 Nak Ki Choi, 77, was swimming near Ao Sam Haad at about 1:40pm when his family and friends lost track of him, confirmed Lt Weerapan Kongphul of the Krabi City Police.

“Mr Choi was swimming near the beach with his family and friends. They began to worry when 10 minutes went by without anyone seeing him,” Lt Weerapan said.

“They soon found Mr Choi floating unconscious in the water. He was then rushed to Phi Phi Hospital, where doctors pronounced him dead.”

Doctors confirmed that the cause of death was a heart condition which led to his drowning, Lt Weerapan added.

Mr Choi’s relatives in Korea have been notified of the incident.

Officers have “beef’ with illegal meat from Malaysia