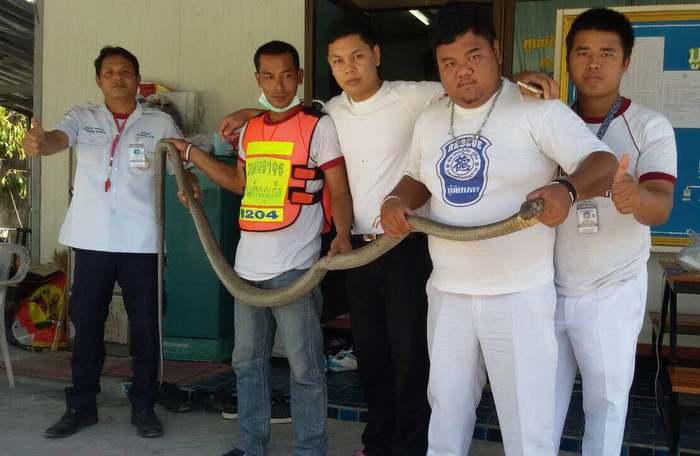 PHUKET: A three-meter-long king cobra was killed after attempting to sneak into a workers’ camp in Paklok yesterday afternoon.

Snake catchers from the Kusoldharm Rescue Foundation rushed to the camp after receiving a report about the deadly reptile, but by the time they arrived on the scene, the camp’s occupants had already dealt with the snake their own way.

“By the time we arrived, locals had already beaten the snake to death,” said Thanachote Rotpon. “Snakes usually come out from the Khao Prataew National Park during water shortages to find food and water sources.”

Rescue workers disposed of the cobra’s body in the Paklok forest.

“Please be on the lookout for these animals, particularly if you live in a forested area, but don’t try to confront them,” Mr Thanachote warned. Instead, he advised calling the Kusoldharm Foundation at 076-246 301.

One dead, 17 injured in another Patong Hill bus crash