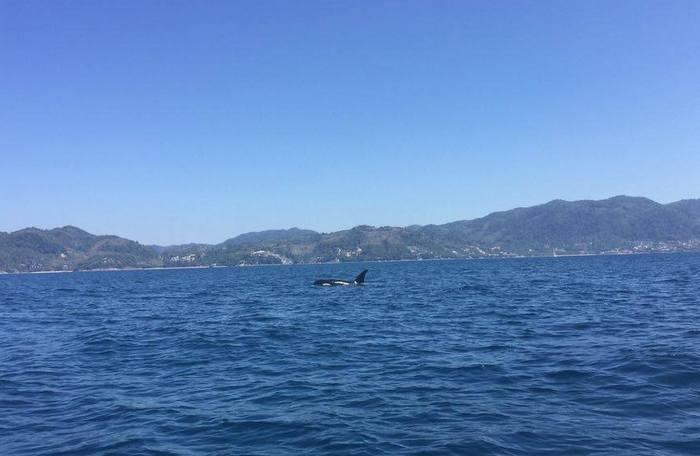 Susan and Thomas Halleron were on a longtail boat with their son Joe when they spotted the unusual sight.

“We went for a one hour trip around the island, and on the way back we saw the whale [Orca]… it was an amazing experience, so scary,” Joe said, recalling the Killer Whale breaching the water. “The boat owner said that he had never seen it [a Killer Whale] in the 14 years he has been working [here].”

Joe is on a week-long holiday with his parents at the Amari Phuket, situated between Patong and Freedom Beach.

Patcharaporn Gaewmong, a Phuket Marine Biological Center (PMBC) veterinarian, confirmed to the Phuket Gazette that the image sent was in fact an Orca.

“I’ve been working with the PMBC for about seven years. Only once before did we receive a report of an Orca. That was last year, when one was spotted near Koh Maithon,” Dr Patcharaporn said.

With the limited information provided about the Orca, Dr Patcharaporn was unable to assess whether or not the marine mammal was travelling with its pod or if it was injured or ill.

“Normally, Killer Whales are found in deeper, colder waters and move in groups,” she pointed out.