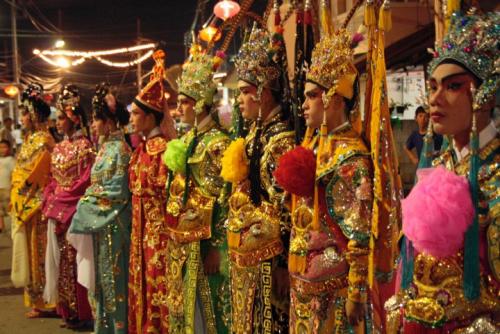 PHUKET: The Kathu Culture Street Festival, showcasing the blended cultural heritage of the area, starts tomorrow with a parade beginning at 4:00pm at the Kathu market followed by an opening ceremony at 7pm at the main stage at the Kathu Public Health Center.

“The goal of the festival is to preserve Kathu’s cultures and traditions, as well as to encourage locals and tourists to learn more about them,” Kathu Mayor Chaianan Sutthikul told the Phuket Gazette.

More than 5,000 revelers are expected to attend the fifth annual festival, which will run from July 22 to July 24.

The festival will have local food and handicrafts available, and will have activities showcasing local lifestyles during Phuket’s tin-mining era on five different stages, said Mr Chaianan.

“Kathu is an important source of culture in Phuket, due to the diversity of cultures that have been present through the years. Our culture has been influenced by Chinese, Indian and Malaysian culture,” he said.