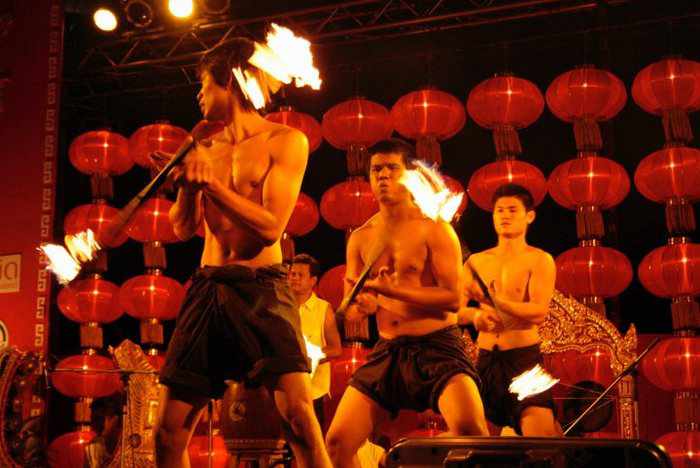 PHUKET: The Kathu Culture Street Festival, showcasing the unique blend of cultural heritage of the area, starts today with a parade at 4:00pm.

The parade will begin at Kathu Municipality and end at the Kathu Public Health Center, followed by an opening ceremony at 6pm.

“The goal of the festival is to encourage locals and tourists to learn more about Kathu’s cultures and traditions, as well as preserve them,” Kathu Mayor Chaianan Sutthikul told the Phuket Gazette.

Thousands are expected to attend the sixth annual festival, which will run to July 13.

“Kathu is an important source of culture in Phuket, due to the diversity of cultures that have been present through the years. Our culture has been influenced by Chinese, Indian and Malaysian culture,” Mr Chaianan said, echoing his words from last year.

“This year, we have a special activity for people who want to participate in the festivities. Those wanting to take part can get a program card at the Kathu Municipality. They can then pray at three shrines near the event and will receive a stamp on the program card from each shrine.”

The three shrines are the Kathu shrine, the Tong Young Su shrine and the Poon Taw Kong shrine.

“Collect all three stamps, and we will give you a souvenir. However, the number of souvenirs is limited,” Mr Chaianan added.