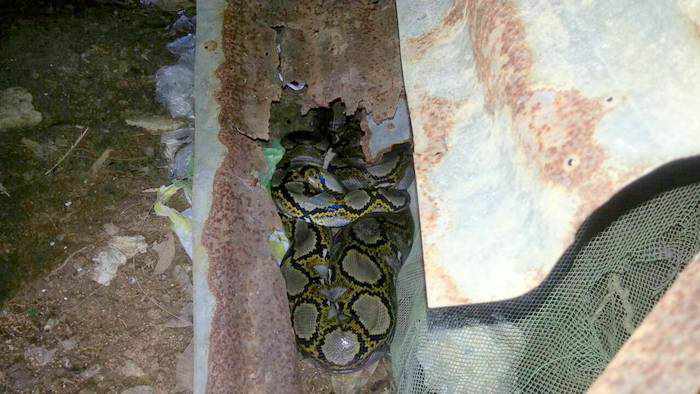 PHUKET: A Phuket resident woke with a start in the middle of the night Tuesday after a python started dining in his chicken coop.

“I heard my chickens panicking, so I went to the henhouse to see what was wrong,” Thanarat Manlin told the Phuket Gazette.

“I was so shocked when I peeked inside and saw a big python killing my chickens.”

The snake was released in a forested area far from any communities, a rescue worker said.