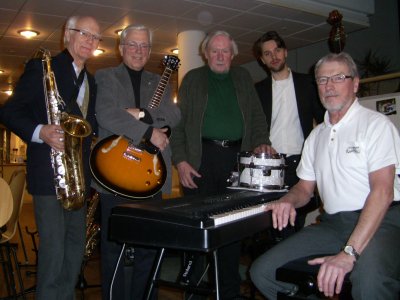 Performances are scheduled for March 20 at the Adamas Resort and Spa on Nai Yang Beach and March 27 at the Metropole Hotel in Phuket Town.

Orchestra members come from Sweden and beyond, creating a musical melange of international sounds including jazz, swing, flamenco and bebop.

The original members came together more than 20 years ago to form a rehearsal band allowing local freelance jazz musicians a chance to jam.

However, in 1986 the group formalized their bond, making their debut performance at the Skeppsholmen Jazz and Blues Festival in Stockholm.

With nine successful albums to their credit, the band consists of some of the best young jazz players in Sweden.

Their repertoire of modern swingin’ jazz music is rooted in tradition, but their albums highlight a variation of old and new styles with titles like Big Band Flamenco Fusion, Tribute to Jaco Pastorius and Tango.

All funds from ticket sales and the pre-show silent auction will be donated to three Phuket schools: Koh Lone School in Rawai, Baan Kohnaka school in Thalang and Koh Maprow school in Koh Kaew. Computers and other learning materials will also be donated to each school.

Both events kick off with a cocktail reception starting at 6:30pm, followed by a gala dinner buffet at 7pm. The music starts at 8:30pm.

The Phuket Gazette sponsors both of these events, further details of which are available here and here.