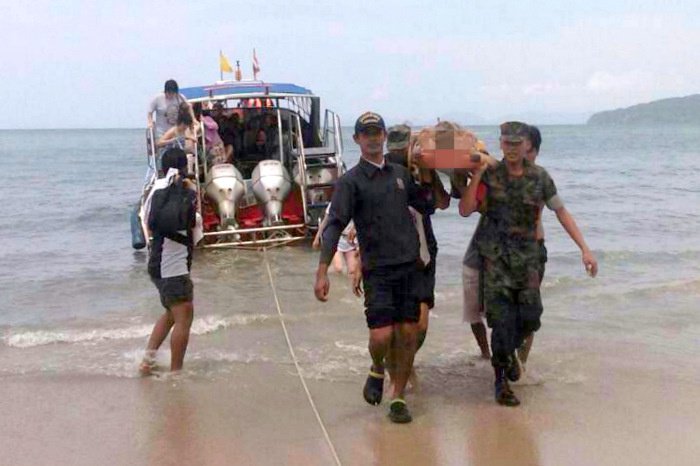 PHUKET: A tourist who owns a cosmetic company in her native Japan drowned while snorkelling at Koh Gai, off the Krabi coast, yesterday.

“Akemi Kato, 52, was pulled from the water at about noon,” said Capt Prapan Nhuchaikaew of the Krabi City Police.

“Ms Kato was one of 10 tourists on a speedboat tour run by Ao Nang Orchid Co Ltd.”

“However, other tourists nearby noticed that she was not moving for quite some time and went to make sure that she was okay, they shook her, but there was no response.”

Tour staffers administered CPR and rushed Ms Kato to shore, where she was taken to Krabi Hospital.

“Despite their efforts, she was pronounced dead soon after her arrival,” Capt Prapan said.

“The doctor verified the cause of death as drowning. Her relatives have been notified.”

Police reported that Ms Kato owned a cosmetic company in Japan, but declined to name the company.

“She came with friends and stayed at the Rayavadee Resort [in Krabi],” Capt Prapan confirmed. “She checked in on April 13, and she was to check out on April 16 to return to Japan.”