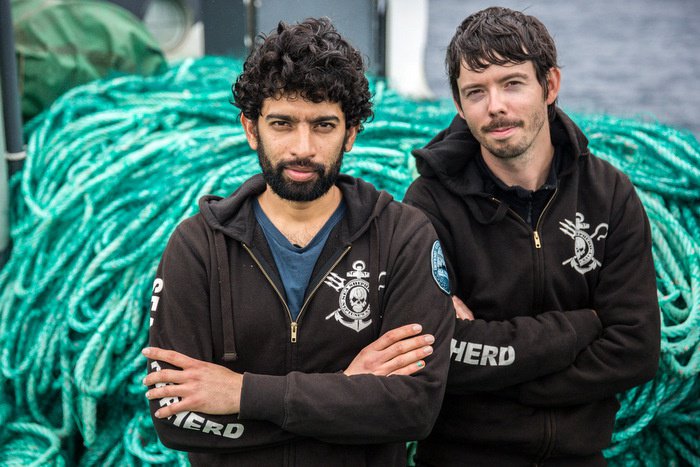 Siddharth Chakravarty, captain of The Steve Irwin, has been working for the Sea Shepherd Conservation Society and battling on the frontlines of marine conservation since 2011. Since then, he and his crew have managed to combat Japanese whalers, patrol the Bluefin Tuna fishing season, protect the Whale Sanctuary in the Southern Ocean, save sharks in the South Pacific and more.

Here, he talks about the turning of tides against Illegal, Unreported and Unregulated fishing trades and their traditional Southeast Asian safe havens.

PHUKET: The Illegal, Unreported and Unregulated (IUU) trade of toothfish has invariably become linked to Southeast Asia, the gateway for the fish – a point where the poaching vessels offload their catch and channel them through for processing and distribution.

The repeated annual visits to the countries of Thailand, Malaysia and Indonesia at the end of the austral summer by toothfish poachers have now come to be expected. There’s a reason why these poachers call upon Southeast Asian countries, and that is the limitations in these countries’ national laws that allow the vessels to have a jurisdictional invisibility which facilitates their operations.

Most Southeast Asian countries have enacted laws to govern their Exclusive Economic Zones and act on crimes committed in these waters and by their nationals. However, in this maze, a number of international laws are required to come together to prosecute toothfish poaching crimes. The countries often find their efforts not hindered by intention, but by national legislation.

The example of the Kunlun, a toothfish poacher detained in Phuket’s Deep Sea Port (stories here and here), explains this conundrum. The vessel was flagged in Equatorial Guinea at the time of being sighted two months ago in the Southern Ocean, but came into port as the Taishan, flagged in Indonesia. Reports of a third nationality and name of the ship are now surfacing.

The captain of the vessel was Peruvian, fishing in waters in the Southern Ocean governed by Australia under its obligations as a member of the Commission for the Conservation of Antarctic Marine Living Resources (CCAMLR). The vessel was sighted by the New Zealand navy and a Dutch conservation vessel, and boarded by an Australian customs vessel.

To apply Thailand’s laws in this puzzle, in which multiple countries and their nationals are involved, makes investigation, detention and prosecution a complicated affair.

The toothfish poachers are aware of the lapses in national and international law and use this knowledge to stay one step ahead of the traditional law-enforcement measures. Flying multiple flags at the same time to mask their identity, mislabelling their catch to channel it through the customs channels and forging their movements keeps them off the radar and in business.

However, this year, these poaching vessels have been given very different reception in Southeast Asia.

They have been tackled from two fronts during the 2014-15 fishing season: patrols in Antarctica and detentions in port. The patrols at sea put an end to the poaching immediately by clearing the fishing grounds of poachers and restoring protection to marine life and the fish stocks, while at the same time collecting evidence against the poaching vessels. The measures in port ultimately lead to detentions, investigations and prosecutions of the vessels, their owners and operators.

After a decade-long hiatus of inaction, this year has seen a coordinated and channelled effort to shut the poachers down. With the Environmental Crimes Sub-Directorate of Interpol issuing Purple notices against five of six vessels suspected of IUU operations in the Southern Ocean, the 190 member countries now have enough information to detain these vessels.

As opposed to in the past, when each Regional Fisheries Management Organisation (RFMO) issued its own lookout, the centralized Interpol notices turn the poachers into “wanted” vessels and local authorities are empowered to look for and report them.

The detention of the Kunlun took place under local laws such as misreporting her catch of toothfish as grouper and the incorrect manning of the vessel. This allowed the Thai Port State Control to detain the vessel using its national laws.

Having established an initial violation of local laws, Interpol was summoned to assist with checking on the violations in regards to the purple-notice alert. Interpol can now determine the extent of the crimes of the Kunlun and tie her down to the breaking of rules in the Southern Ocean, connect the dots back to her ownership and also determine the channels used to transport the fish out of Southeast Asia and into the international market.

Interpol will be looking at all the crimes on board; not just restricting the investigations to the fishing crimes, but also the infamous crimes of human trafficking and forced labor.

The bigger advantage of working with the assistance of Interpol is that at no expense to the countries themselves, Interpol’s teams are permanently available to support the countries. With a very quick reaction time, Interpol can greatly enhance the technical capacity of these countries to fight against IUU fishing and related crimes.

This year’s actions reiterate three main things needed to curb IUU activity: first, the need for high seas patrols; second, the need for enhanced international cooperation; and third, the inter-agencies cross cooperation as evidenced by the results achieved with the Kunlun.

This will help countries like Thailand to look beyond their national laws and investigate all vessels that call their ports, regardless of the location of their fishing grounds and/or their nationalities.

In addition to the above, internationally, the provisions of the Food and Agricultural Organisation’s Port State Measures Agreement (FAO-PSMA) should be re-examined from the point of view of controlling and gathering intelligence with regards to these IUU operations.

Allowing vessels to access ports in Southeast Asia but, beyond force majeure situations, denying them port services would give access to the international community and the port-states to learn more about the operations of these vessels. By not supporting the vessels’ activities, these countries will disable them from offloading their catch, getting re-fueled or re-provisioned, or carrying out crew changes.

With the Kunlun and the Viking both detained in ports in Southeast Asia, we can expect the same actions to be initiated against other IUU vessels. The tide is turning against the poachers with the traditional safe havens for them in Southeast Asia ceasing to exist.

Opinion: By land, air or sea – embarrassment for all