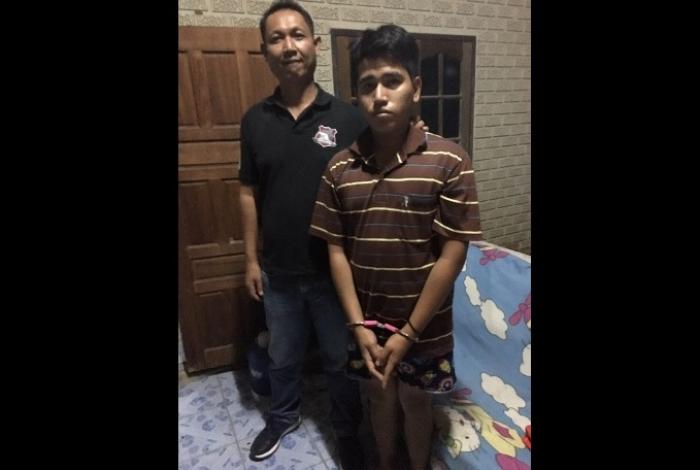 PHUKET: A 19-year-old robbery suspect who escaped a police station while being interrogated for his crime was finally arrested yesterday in the northern province of Maha Sarakham.

The suspect, named as Chaiwalan Pennuanong, was first arrested on December 13 of last year, after he and his accomplice stole a girl’s bag – the girl subsequently chased them down and crashed into their motorbike to stop them (story here).

The very next day it was reported that he had escaped (story here), after which police announced a 20,000 baht reward to anyone who helped track him down (story here).

Police discovered that Mr Chaiwalan had fled to hide at his girlfriend’s relative’s house in Maha Sarakham Province.

“We sent undercover officers to observe him and arrested him at the house about 8pm last night,” confirmed Lt Col Prawit Engchuan of Region 8 Police. “He told us he had escaped because he wanted freedom and didn’t want to spend time in jail. He also said he had thought of heading to Isaan so police wouldn’t find him.”

“He has been taken to Phuket City Police Station for legal processing.”

One dead, one severely injured in Phuket truck crash