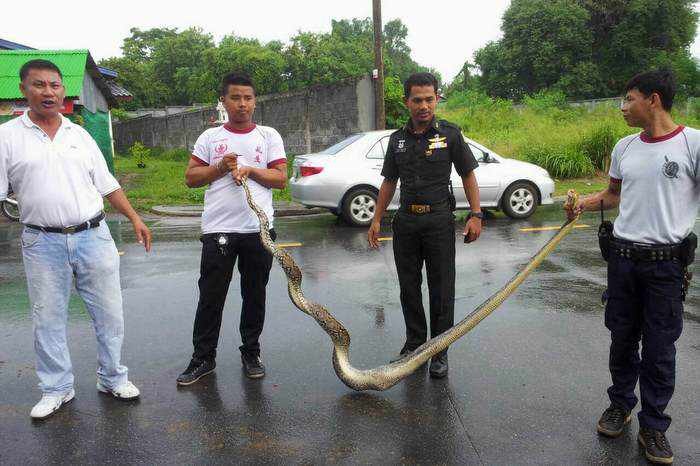 “I was cleaning and had just started on the back room of my house when I saw a big snake lying on the floor,” said 67-year-old homeowner Boonsaner Kullavanit.

“It took them about 15 minutes to catch the python,” Ms Boonsaner said.

“In the last two or three days, we have received a lot of snake calls, especially about pythons,” said one rescue worker.

“We think they are just looking for a dry place away from the rain.”

Rescue workers told the Phuket Gazette that the snake would be taken to a jungle area near Kathu and released.

First beach on Phuket’s east coast to be cleared tomorrow