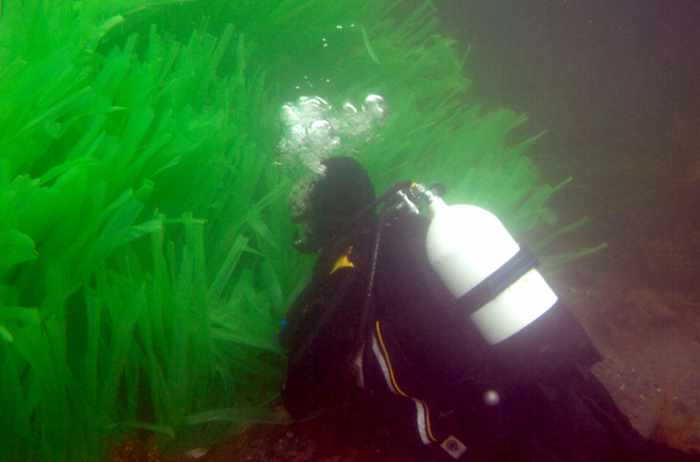 PHUKET: Whether people remain in denial or have accepted the inevitability of the effects of global warming, there is no denying that glaciers and ice caps are melting and sea levels are rising. It’s no longer a question of whether or not these factors are happening at the hand of man or by natural processes, but rather a question of predicting the effects and preparing for the impact.

In recent years, abnormally strong storms have wreaked havoc all around the world, causing huge amounts of damage and the devastating loss of human life. The combination of rising sea levels and extreme weather events is, unsurprisingly, having a dramatic impact on coastal regions all over the planet.

The frequency of storm surges resulting in areas being inundated with sea water and mass amounts of coastal erosion are becoming more common. In Siberia, huge tracts of permafrost are thawing and being swept away by the waves and many seaside structures are under threat in Hawaii.

Phuket and the surrounding regions are also being affected and have suffered the destruction of sea walls and areas of advanced coastal erosion.

In June 2012, the waves pounded a Surin sea wall to rubble (story here). In May last year, resorts that once had a 40-meter stretch of sand separating their buildings from the waves had to use sandbags to keep the snarling surf at bay (story here). Villagers have even resorted to using bamboo to subdue coastal erosion (story here).

For years, locals have been pleading for officials to take action to protect Phuket’s endangered coasts and beaches. To date, the primary defense against coastal erosion in Phuket has been sea walls. The problem with sea walls, however, is that they are expensive to build, require ongoing maintenance or replacement and impact the natural sediment and nutrient exchange between the land and sea.

Adam Tucker of Seabed Scour Control Systems (SSCS) Ltd, based in Norfolk, in the UK, recently learned of Phuket’s problems with coastal erosion. Having family based on the island, Mr Tucker has a personal connection to Phuket which has now expanded to a business interest.

For the past 30 years, SSCS has mostly been hired by the oil and gas industry to install “frond scour protection systems” around offshore structures. The concept is to use “frond mats” made of polypropylene to reduce the velocity of the currents that cause erosion. The mats resemble tall clumps of sea grass and are attached to flexible matting that is anchored to the sea bed or to a flexible concrete “mattress”.

“SSCS have supplied its frond mats for offshore and inshore projects in most regions globally,” explained Mr Tucker. “Predominantly, projects have been in Southeast Asia, including offshore Malaysia, Indonesia and China, as well as around the UK, Europe and the US.”

Sand builds up around the artificial fronds creating sand bars which help slow down currents and, when used close to shore, can force waves to break farther out from shore therefore reducing inshore turbulence. Although SSCS has implemented their system all over the world for offshore use, Mr Tucker believes that this technology can be used inshore to help protect Phuket’s coasts.

“Based on initial discussions in the UK, we expect the installed cost of SSCS frond mats for coastal protection to be less than GBP1,000 (about 55,500 baht) per [square] meter,” said Mr Tucker.

A consideration when comparing sea walls to the frond-mat system is that the fronds do not require maintenance or replacement. The SSCS website shows frond mats that have been on the sea floor for more than 23 years and appear to still be functioning as intended.

Regarding the environmental impacts of the frond system, Mr Tucker said, “The SSCS frond mats are made from non-degrading materials designed to be a permanent feature of the seabed. Our first mats were laid in 1983 in the southern North Sea and are still in place today.

“In some instances, the mats have actually been found to promote the growth of the natural habitat providing shelter for animals such as fish and small fry while the fronds are exposed, and later becoming a ‘natural’ sediment bank when they are fully buried.”

Although the use of frond mats in offshore applications has been proven and SSCS have not extensively tested the system for inshore use, they expect the results to be similar.

“However, in the context of coastal erosion defense, we are seeking a trial in order to perfect the sand bar layouts and size.”