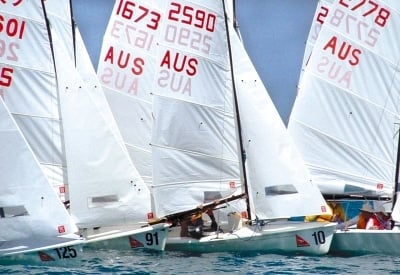 PHUKET: The island has been chosen to host the 13th Tasar World Championships from July 2 to 11 next year, with a fleet of at least 60 boats expected to take part, the first time that the one-design championship for the 4.5-meter, two-person craft has been held in Phuket.

The boats and approximately 200 crew and family members are expected to come from as far afield as North America, Australia, Europe and Japan for the regatta.

The Cape Panwa Hotel will be the regatta headquarters for the race and the place where most of the crews will be staying.

The organizers of Tasar World Championships said in a media release, “…the regatta will provide a considerable boost to the profile of yachting in Thailand and Phuket in particular and it is anticipated [that] a successful event will provide the model for similar events to occur in Phuket in the future on a regular basis.”

The organizing authority for the regatta will be the Australian Tasar Council, which will run the event under the auspices and guidelines of the World Tasar Class Association, Yacht Racing Authority of Thailand, Asian Sailing Federation and the International Sailing Federation.

The competition organizers said on their website that charter Tasars will be made available if there is sufficient demand from competitors.