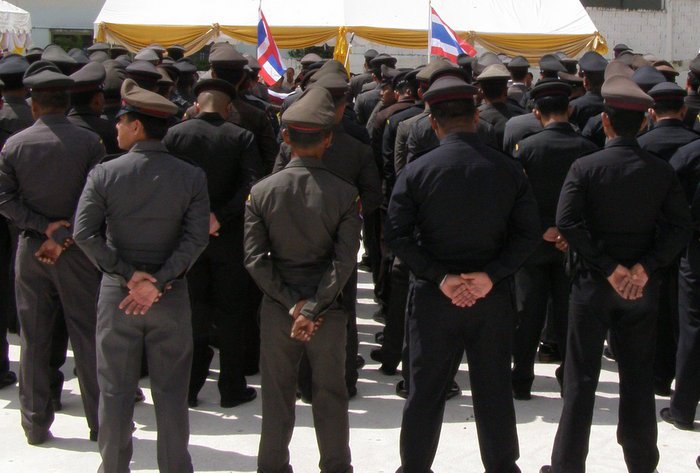 PHUKET: The never-ending call for additional police officers for Phuket will be answered when a slew of new graduates join the island’s police force this November.

The new officers will join the 1,100 men and women already patrolling the island.

“The increase in the force will help make things more efficient and meet the demands of the island’s growing number of tourists,” stated Col Peerayuth. “Officers will be placed at the stations most in need of them.”

Additionally, more officers will be arriving on the island following the grand opening of the Region 8 Police Headquarters, opposite the Tah Chat Chai Checkpoint, on September 11.

Though Region 8 Police Commander Decha Budnampeth confirmed that the station was partially operational on August 3, he noted that there were several systems that needed to be put in place before it was completely open (story here).

One dead, one injured after Chalong Pier shooting