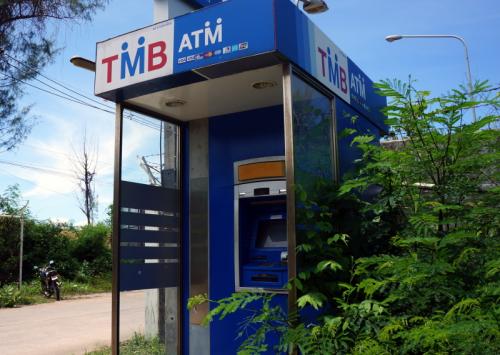 PHUKET: In a first-of-its-kind robbery in the area, thieves attempted to rob an ATM machine at the Deep Sea Port by using a blowtorch.

“This is something new for us,” said Sub Lt Suporn Muengkai of the Wichit Police. “We haven’t had anyone try to rob an ATM with a blowtorch before.”

The robbery at a stand-alone ATM on Sakdidet Road occurred sometime before 11am on Saturday, when ATM maintenance staff discovered scorch marks on the back of the booth.

“I arrived at the TMB [Thai Military Bank] ATM after 11am in order to clean it with my staff,” said Rewat Attarak of the Siam Administrative Management Company.

“While cleaning it, I saw signs that someone had used a blowtorch on the back of the machine,” he said.

The thieves did not manage to cut their way into the machine and no money was stolen, said Mr Rewat.

“We collected fingerprints and will continue our investigation,” Sub Lt Suporn said.

He urged anyone with information to call the Wichit Police Station at 076-355073.