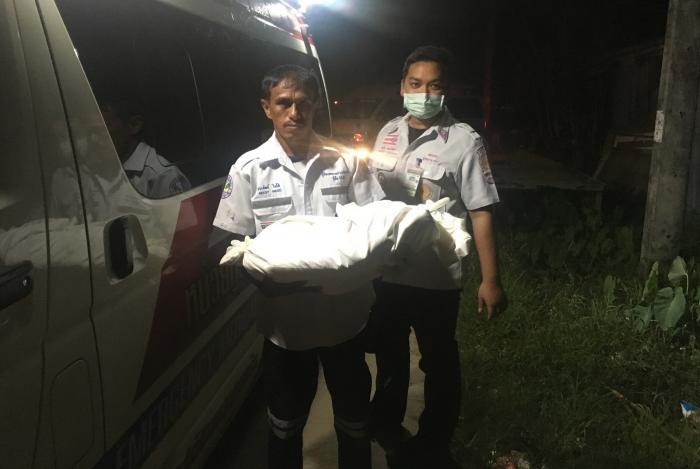 Col Chattri Choowichien of Thalang Police received the report at about 10:30pm from Soi Na Yao in Pa Khlok.

“Ms Soo, 31, told us that she was breast-feeding her new-born daughter in their room at about 6pm. The baby started choking on the milk and vomited several times – after which Ms Soo put her to sleep beside her,” Col Chattri told the Phuket Gazette.

“The mother allowed her baby to sleep, but when she checked on her at about 10pm, she realized she had stopped breathing and called us.”

Rescue workers took the baby’s body to Thalang Hospital to figure out the cause of death.