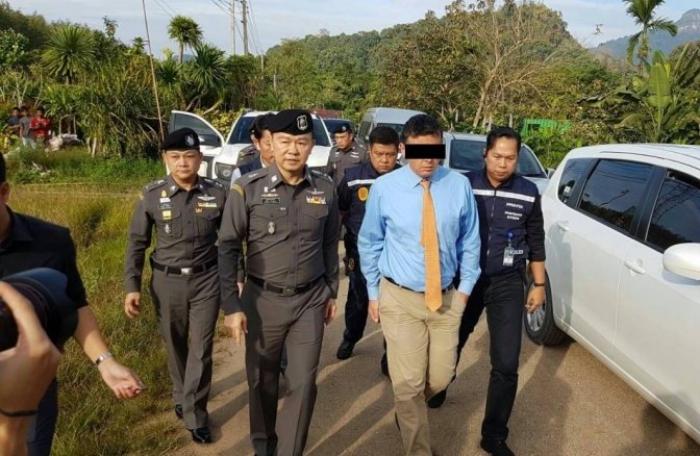 KRABI: A man wanted by authorities in the United States on drugs charges was arrested yesterday morning in Krabi province, where he worked as a teacher at an international school.

The suspect, Alexander Jonathan Rosen, was arrested in front of the school after the US Embassy made a request for assistance to national police chief Gen Chakthip Chaijinda.

Police found that Mr Rosen had been in and out of Thailand seven times, first entering via Suvarnabhumi Airport on October 31, 2015, and departing on November 2, 2015, while his latest entry was on October 23, 2016.

He filed a request for a temporary stay in the Kingdom on September 14, 2016, to allow him to be an English language teacher at the international school.

As the request was filed before the US cancelled his passport and asked authorities to locate him, it was approved by Immigration Police, allowing him to stay until July 2017.

Following his arrest and the confirmation that he was wanted by US authorities on an arrest warrant issued in December 11, 2015, police took him to Bangkok pending his repatriation.

Immigration Police Bureau chief Lt Gen Nattorn Prohsunthorn said the Immigration Bureau had also revoked Rosen’s visa and recorded his information on a blacklist to prevent him from re-entering the country.

Gen Nattorn warned international schools to thoroughly screen foreigners applying for teaching jobs and monitor them for suspicious behavior to ensure the safety of students and school staff.

He also advised schools to apply for applicants’ work permits and extended stays as the law required them to screen for dangerous people.

Video: Foreign boat hunted for anchoring on coral off Phuket