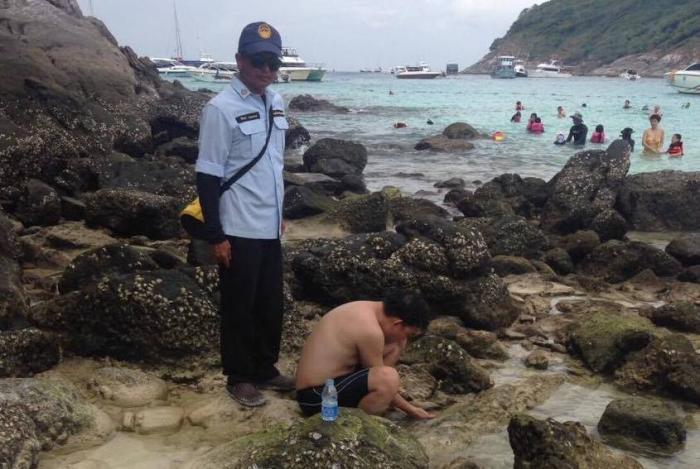 KOH RACHA: A tourist was arrested and jailed yesterday for catching and keeping two fish at a beach on Phuket’s Racha Island.

The arrest was made after locals reported the man collecting live fish in a water bottle at Plub Pla Beach.

At about 2pm, Fisheries Officer Nares Choopueng, along with Marine and Coastal Resources Conservation Department (DMCR) officials, confronted the Chinese tourist while he was capturing the fish.

“We found Huang Yong Jia, 35, with a small water bottle containing two live fish next to him. We arrested him and sent him to Chalong Police Station, where he was legally processed and detained for two days without bail,” said Mr Nares.

Phuket authorities have cracked down on tourists at Koh Racha in the past few weeks as locals have reported that such acts are damaging their island’s marine life (story here).

Artificial coral and buoys were also installed on the island earlier this month to preserve the natural environment there (story here).