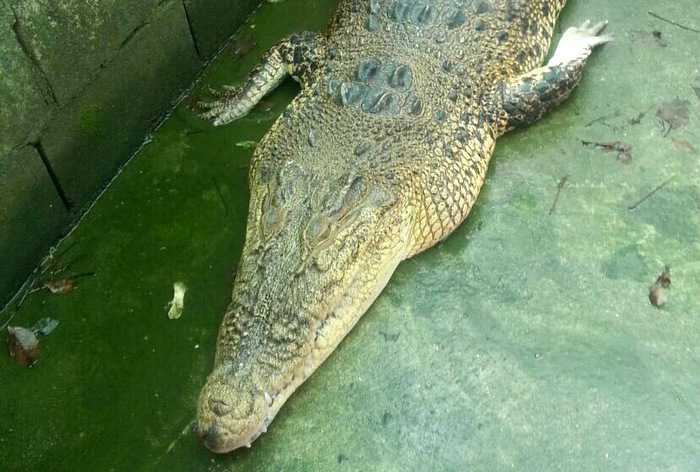 PHUKET: An elephant camp owner will be charged only for the illegal ownership of a crocodile after confessing to police that he had also recently possessed a gibbon that died a few months ago.

A complaint was filed to a variety of departments about the Khao Lak Elephant Camp, based north of Phuket, which tourists claimed tortured a gibbon and a crocodile by keeping them in small confinements and treating them poorly.

There were also allegations of unfair entrance fees and an illegal Myanmar tour guide working at the camp.

“Our search of the place revealed no illegal tour guide or gibbon. However, we did find a large crocodile that the owner didn’t have the proper paperwork for,” said Santi Pawai, director of the Ministry of Tourism and Sports (MOTS) office based in Phuket.

“The manager confessed that he had owned a gibbon a couple of months ago, but without being able to find it on the premises, there was nothing police could do about it.”

The camp owner, who Mr Santi declined to publicly name, is to be charged with the illegal possession of a protected species.

“The camp will remain open for businesses, as their paperwork for the elephants is all in good order. Nonetheless, the MOTS will do a sweep of all elephant camps in the area to ensure that there are no further legal infractions,” he said.

The crocodile was taken to the Phang Nga Wildlife Nursery Station by Phang Nga livestock officials.