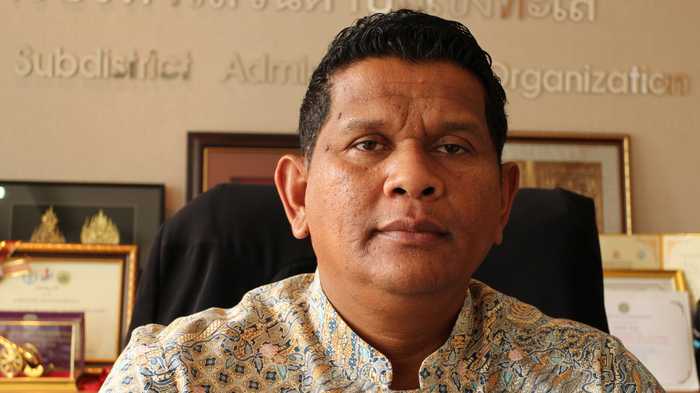 PHUKET: Vendors have not resumed operations on public-beach land confirmed the president of the Cherng Talay Tambon Administration Organization (OrBorTor) to the Phuket Gazette today.

A national news story yesterday reported that a group of defiant beach vendors, including restaurant operators and masseuses, had returned to the sands of Cherng Talay to re-start their businesses for the yearly influx of tourists to the island.

“I am aware of the news. However, the beach businesses pictured in the story are legally operating on private land,” said Ma-ann Samran, president of the Cherng Talay OrBorTor.

“I checked to make sure – since they are very close to public land – and they are in fact doing nothing illegal.”

However, Mr Ma-ann did admit that he has had to rein in some vendors trying to move their businesses back onto public land.

“The most recent incident was just two weeks ago. I had to tell vendors who were trying to set up their drink stall on the beach to leave,” he said.

Mr Ma-ann said that there would be municipal officers patrolling Surin and Bang Tao beach to watch out for any vendors who might try to reclaim space on the sand.

“If they find someone attempting to encroach on the land, the officers will report it to me immediately. I will then go to the site and order the vendors to leave,” he said.