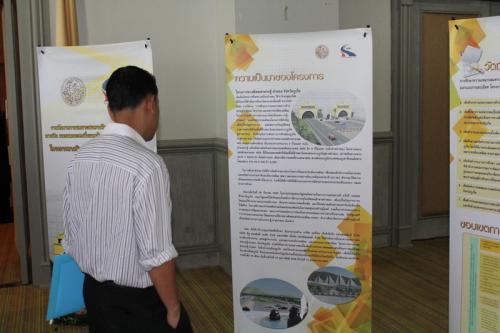 PHUKET: Residents of the Baan Mon community yesterday continued their opposition to the proposed 6-billion-baht Patong Tunnel project, urging officials to choose a route that would not go right through their neighborhood.

The opposition comes in the face of the announcement that the government would be looking to pay a total of about 1 billion baht to some 20 households that will be forced to relocate to make way for the project.

“I agree that something needs to be done to make traffic access to Patong easier and safer, but Patong Municipality has studied only how and where to build the tunnel. They have not studied the effect on the environment and local residents,” Baan Mon villager Jamras Aiemsaard told the Phuket Gazette.

“Even though they want to build a flyover over the neighborhood, it will make the area noisy,” he added.

Speaking at a public-feedback meeting on the project held yesterday at The Metropole Hotel, Mr Jamras urged Expressway Authority of Thailand (EXAT) Governor Aiyanat Tinapai, who heads the agency tasked with the construction and operation of the tunnel project, to choose another route to the north of Patong.

“I suggest building the 3.5km route that starts at the junction of Phang Muang Sai Kor Road and Prabaramree Road [map here] and build the tunnel through the Nakkerd Hills to join Route 4029 [joining Patong to Kathu] near the Chanida Clinic. The tunnel length would be 2.5km,” he said.

“This route would also make it easier for motorists travelling between Kamala and Phuket Town,” Mr Jamras added.

Speaking to the Gazette earlier, villagers confirmed that under the current plans for the Patong Tunnel about 80 families – not 20 – will be forced to move to make way for the project (story here).

However, EXAT Governor Aiyanat yesterday did not acknowledge what compensation the remaining 60 households would receive if those residents were forced to relocate. An officer at the meeting later told the Gazette that only 20 families would be affected.

Governor Aiyanat did explain that the Ministry of Transport had assigned EXAT responsibility for overseeing the tunnel project, news that was already publicly confirmed in August last year (story here).

He also confirmed that EXAT had hired three consultants to conduct research studies in the areas of engineering and tunnel design, as well as on the economic, financial and environment impacts of the project.

All other details of the project, including the route, cost, number of lanes and which vehicles would be permitted to enter the tunnel, remained unchanged from the plans announced last year (stories here and here).

Patong Mayor Pian Keesin remained vocal in his support for the project.

“The cost we have to pay villagers for relocating will be reasonable, and our officers will explain to them how the project benefits the public,” he said.

“After the tunnel is open, we will landscape the old road from Kathu to Patong [over the notorious Patong Hill] so it will be more beautiful than ever,” Mayor Pian added.

“In the future, we will connect this route to the light-rail from Phuket International Airport to improve traffic flow,” he explained.

However, he did not elaborate on any progress with Phuket’s long-awaited light-rail project, which ground to a halt in June last year when the Office of Transport and Traffic Policy and Planning realized that by law it had to conduct its own feasibility studies on the proposed project (story here).

Despite several previous public meetings over the many years that the Patong Tunnel has been proposed, yesterday’s meeting was touted as the “first” public meeting for the project.

Among those previous public meetings was one in October 2012, when Transport Minister Jarupong Ruangsuwan arrived in Phuket in person to attend a public meeting on the impact of the Patong Tunnel project on local residents, especially the Baan Mon community in Patong, where relocations will be necessary to make way for the tunnel exit into the west coast town (story here).

By law, major public infrastructure projects must pass at least three public-feedback meetings in order for the project to pass its Environmental Impact Assessment (EIA) requirements.

Yesterday’s meeting also came as the Gazette confirmed that the required 6bn baht budget still has yet to be approved by Cabinet.