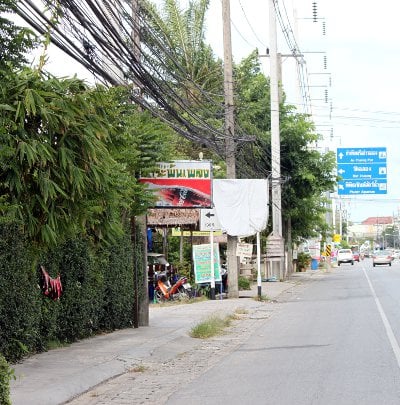 PHUKET: Chalong Police continue to search for a suspect who remains at-large following the June shooting of an on-duty officer in a live music venue in Phuket.

Lt Col Boonlert Onklang of the Chalong Police told the Phuket Gazette today (September 4) that his officers are still searching for Phiromchai “Un” Tuaktham, the only one of five suspects wanted in the case who has yet to be arrested or turn himself in.

“The victim, Snr Sgt Maj Nikom Jeenyuen, received shotgun wounds to the neck, chest, stomach and arm in the June 19 shooting at the Saraphanpleng Bar. He is recovering, but he can only work part time in the office for about two or three hours a day because he is still suffering abdominal pain,” Lt Col Boonlert explained

He said he understood that all four men were initially denied court bail, but that Yoethin, Wutthichai and Khuanmuang are now free on bail following an Appeals Court ruling.

“I am not quite sure whether Suppanet has also been granted a bail release,” he said.

All five suspects have been charged with attempted murder, weapons violations and obstruction of a law officer in the line of duty, he added.

The fifth suspect, Phiromchai, remains at-large. The outstanding warrant for his arrest was issued on July 2.

All silent on “insecticide’ causing deaths of Canadian sisters