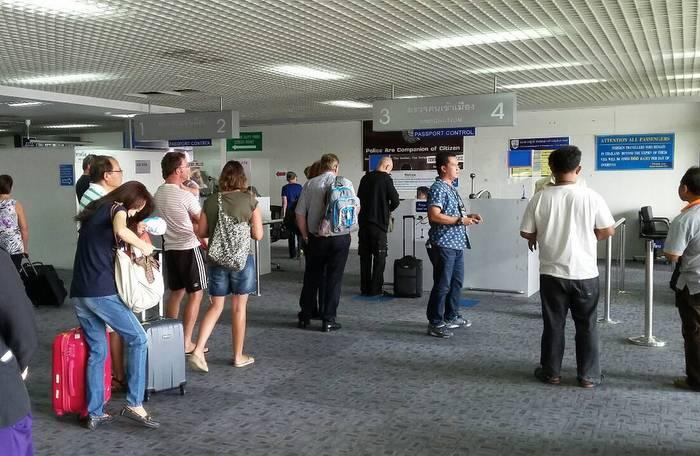 PHUKET: About 800 international arrivals breezed through Krabi Airport immigration on Wednesday due to a six-hour blackout that caused the computer systems to shut down.

“Immigration officers had to manually take down passenger information, and later enter it in the system when it was back up and running,” confirmed Attaporn Nuangudom, director of Krabi International Airport.

The loose security measures come months after a leaked memo from Russia’s Federal Security Service (FSB) warning that Islamic State (IS) terrorists had been dispatched to Phuket (story here).

“After checking all passengers in the system, I assure you that there was no one who posed a security threat,” Mr Attaporn said.

Officials noted that the blackout was due to a generator malfunction and that they are currently renting one while the original one undergoes maintenance.

Airport authorities were under fire during the blackout when travellers took to social media to vent about additional frustrations experienced at the facility, from broken escalators and elevators to unsanitary restrooms.

“Please be informed that we are now working on fixing the problem as a whole,” said Mr Attaporn. “We just hired a new maintenance team on February 1 and will have everything running smoothly by the end of this month.”

Mr Attaporn noted that he expects elevators to be fixed within the week and escalators to be fully functional by next week.

“We apologize for any inconvenience this may have caused. Please be patient while we undergo maintenance,” Mr Attaporn added.