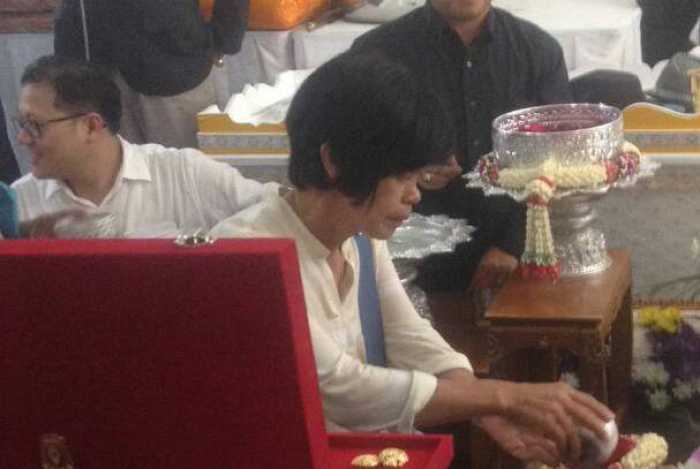 PHUKET: Hundreds of people gathered at the Keesin family home in Patong yesterday afternoon in memory of former Mayor Pian Keesin, who was found dead in one of his other homes, north of Phuket Town, on Tuesday morning (story here).

The Keesin family has declined to publicly reveal the cause of death.

Among the guests present was current Patong Mayor Chalermluck Kebsup, who came to pay respects to her long-term predecessor.

Mayor Chalermluck declined to comment on Mr Pian’s death or the service.

Funeral rites will be held at the Keesin home in Patong until October 17. The house will be open day and night for guests to come and pay their respects.

Mr Pian’s remains will be cremated at the Laem Singh Temple on Patong’s beachfront road on October 18 at 2:30pm. 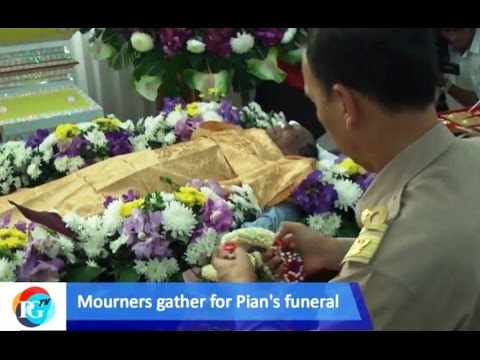 Mourners will be welcomed at the Keesin family home until October 17. Video: PGTV