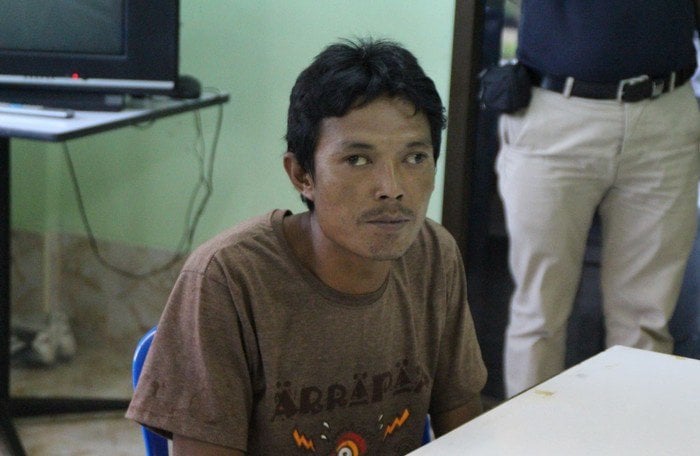 PHUKET: A human-trafficking ‘caretaker’ handed himself in to police north of Phuket on June 2.

Alee Banjob, 35, from Ranong, was wanted for his connection to a human-trafficking network operating in his home province, explained Kanokpol Pimthong, Deputy Director of Internal Security Operations Command (Isoc) in Phang Nga Province.

Mr Alee’s surrender follows the October 14 arrest of Songphol ‘Boss K’ Klaimee, 20, who was caught trafficking 81 Rohinyas in the Takuapa District of Phang Nga. During questioning, he revealed the names of three others involved in the network (story here).

Mr Songphol told police that Mr Alee was in charge of taking care of Rohingya who were being kept in forest camps.

Officers have yet to reveal the names of the suspects, as they wish to gather more evidence against them, confirmed Mr Manit.

“Phang Nga officers are continuing to keep an eye on human-trafficking issues in accordance with the orders from Bangkok. We are doing our best to collect enough evidence to issue arrest warrants for anyone involved in human trafficking networks,” Phang Nga Governor Prayoon Rattanasaenee said.