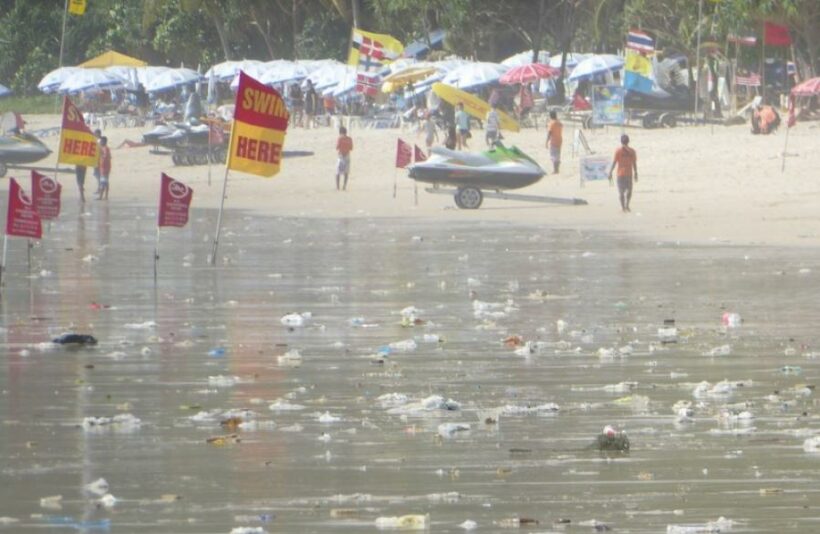 PHUKET: Patong Mayor Chalermluck Kebsup has responded to complaints of trash on Patong Beach after the Phuket Gazette submitted photos of the depressing landscape to her office today.

The photos, showing a sea of trash throughout Patong Beach, were sent to the Gazette by a concerned reader.

“This type of thing is normal during the monsoon season, when the wind and waves bring trash from the ocean onto the beach,” Ms Chalermluck told the Gazette.

“However, our officers work very hard to clean it up and return the beach to its original state every day,” she added.

Two days ago, the Phuket Marine Office Chief also played down concerns about a Phuket beach when he responded to social media posts lamenting video footage of an ‘oil spill’ rolling up on the sands of Karon. He said it was just discoloration of the sea from ‘plankton blooms’ and declared the beach ‘safe’ for visitors (story here).

Phuket beauty pageant with a purpose

Thai, Russian tourist team up to save injured turtle at Phuket national park