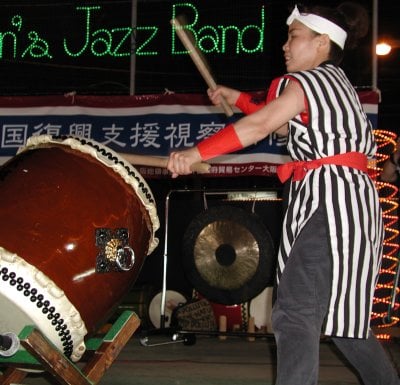 The show was organized by the Tourism Authority of Thailand (TAT) as part of its ongoing efforts to revive Phuket tourism in the aftermath of the tsunami.

The Detroit-based baritone, accompanied by saxophonist Paul Fleischer, performed a number of songs written about Thailand that he hopes to record to raise money for tsunami victims.

The group also raised US$15,000 from a series of benefit concerts in Japan, with the proceeds being presented to TAT Governor Juthamas Siriwan.

The concert also marked the beginning of a major push to draw Japanese tourists back to Phuket.

After the concert, Supote Isarankura na Ayudhaya, Osaka-based Royal Thai Consul-General, told the Gazette that his office had invited hundreds of Japanese media outlets to tour Phuket and report back on the real extent to the damage here.