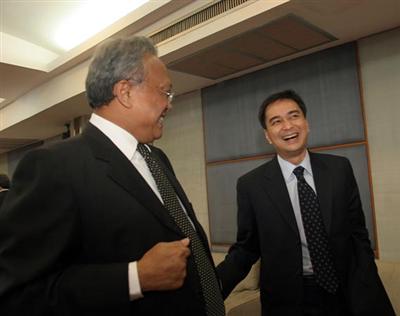 The group is meeting with tourism industry leaders and local government officials at the Hilton Phuket Arcadia Resort and Spa this afternoon.

However, it has yet to be formally announced that the Hilton, Phuket’s largest hotel, will host the much anticipated meeting.

Mr Suthep said he is confident the summit of the Asean leaders and dialogue partners in Phuket will not be disrupted by anti-government protesters like the summit in Pattaya over the Songkran holidays last month.

Phuket, a Democrat Party stronghold, has relatively few United Front for Democracy against Dictatorship (UDD) members, whose red-shirted supporters overwhelmed security forces in Pattaya and forced the summit there to be postponed.