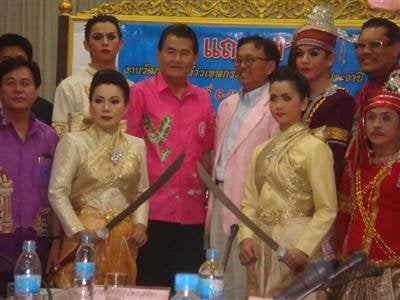 The fair, which runs until March 20, will take place at Thalang Victory Memorial Park near the Heroines’ Monument.

Highlights will include a theatrical performance recreating the two heroines’ famous victory.

The pair, known as Jan and Muk before they were ennobled with the title ‘Thao,’ led Siamese fighters in successfully repelling an invasion force of Burmese slave drivers in 1785.

The Thalang Victory Memorial Light and Sound Show will take place from 7pm to 9pm from March 13 to 15.

On March 13, a worship ceremony will take place at Heroines’ Monument at the auspicious time of 9.09am.

On March 14, a mini-marathon following what is described as a ‘historical route’ will start at 6am.

Three US navy vessels in Phuket