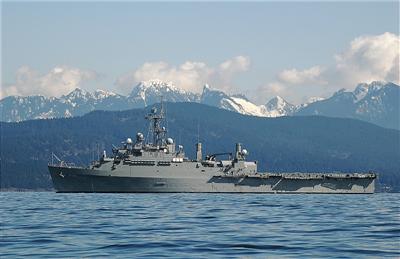 PHUKET: Another three United States Navy vessels with over 500 crew members are in Phuket for five nights of rest and relaxation.

All three vessels will stay in Phuket for five days and four nights.

The USS Patriot is the eighth US Navy vessel to R&R in Phuket since the beginning of 2010.

USS Curts and USS Benfold visited in February, while the mammoth USS Nimitz and her support vessels USS Pinckney and USS Rentz were in Phuket in January.

In addition to enjoying the nightlife, the sailors and marines are also taking part in five community relations projects in Phuket organized by the Rotary Club of Patong Beach and the Phuket chapter of the US Navy League.

Officers and crew of all three vessels enjoyed a welcoming party organized by the Navy League at the BBQ Hut Smokehouse in Patong last night.