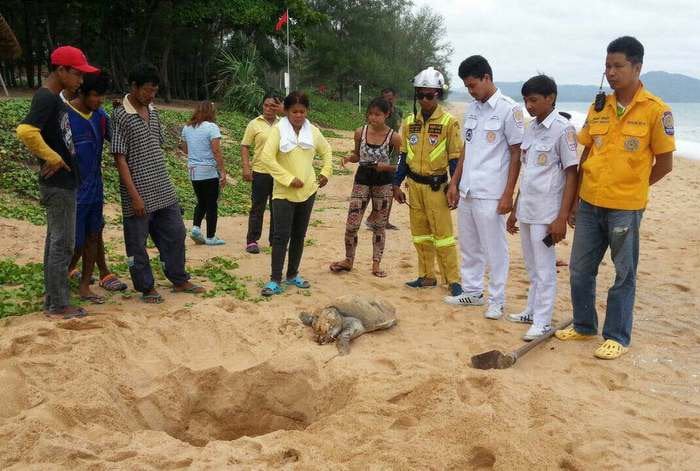 PHUKET: Experts at the Phuket Marine Biological Center (PMBC) in Cape Panwa are investigating the cause of death of a headless turtle that washed up on Mai Khao Beach this morning.

Kusoldham Foundation rescue workers arrived at about 10:20am after receiving a call from a local villager who found the turtle and initially tried to bury it.

“We believe the turtle died about three days before the villager found it,” said Winai Sae-Ew of the Mai Khao Tambon Administration Organization.

“At this point, we think the turtle may have suffered a head or neck wound from a fishing net that became infected, causing it to die and the head to rot off.”

The remains of the 25 to 30 kilogram reptile were taken to the PMBC to determine the species of turtle and if it had died at sea or on land, as well as the cause of death.

Pebbles at Phuket skate park cause a stir