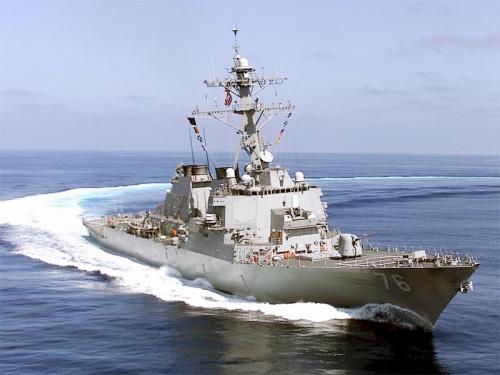 “The crew were welcomed to Phuket with a beachfront dinner last night in Patong, where many sailors have been enjoying the nightlife,” said an officer at the Royal Thai Navy’s Phuket-based Third Area Command.

“The Higgins will be in Phuket until August 13. Due to security concerns, we have not been informed where the vessel will go after leaving Phuket,” the officer explained.

The US Navy reports that the USS Higgins, home ported in San Diego, is deployed to the US 5th Fleet area of responsibility promoting maritime security operations, theater security cooperation efforts and support missions for Operation Enduring Freedom.

In June, the Higgins was stationed in the Arabian Gulf, where it carried out sea rescue exercises.