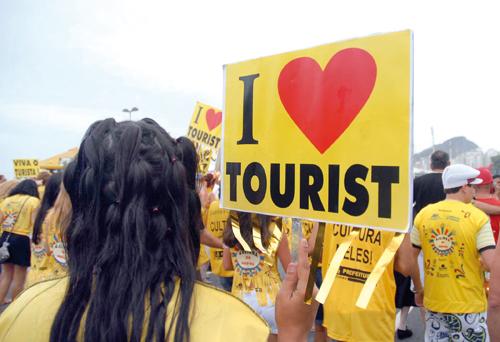 PHUKET: Growing up in California, one of my favorite pre-teen past times was digging holes. Not just holes but dark inviting spaces with a purpose. A fort, or looking for buried Aztec treasure, putting time capsules away to be dug up after people are weekending on Mars or the sadness of burying a demised goldfish or two. We never quite got around to Jimmy Hoffa, but that’s another story.

Three or four weeks ago we started to assemble our mid-year Phuket update, which comes out bi-annually and covers the island’s tourism industry. Within hours of commencing, my head starts to swell up from looking at so many numbers. Even Alice and the Queen of Hearts couldn’t make sense of this journey down the rabbit hole.

This year I managed to fall straight down the damn thing, deeper and deeper I plunged without even a flashlight to show me the way. Suddenly, I broke through the surface and came up into the light of day next to Yao Ming? Or at least one very tall Chinese basketball player who was shooting hoops. My mind caught up with my Chuck Taylor sneakers and a light bulb flicked on in my head like a nuclear explosion.

Here I was in China but it wasn’t any China I knew.

According to the United Nations World Tourism Organization Chinese travellers spent US$102 billion in 2012. The number of Chinese people venturing overseas tipped the scales at 80 million and just kept on going. Somehow that tunnel we dug so many years ago has now branched out to every part of the globe and it’s now a full-scale mass exodus out the in door.

Judging from the latest half-year figures the impact on Phuket is profound, in that more than one of four international visitors to the island was from Mainland China. Another significant game changer is the paradigm shift no Western European country remains in the top five list of island arrivals. While the high season continues to be all about Eastern Europeans and most notably Russians, regional travelers have entirely different travel patterns.

Looking at the key travel characteristics, they tend to take more holiday trips but shorter in duration. Multi-generational travel, families and groups are another defining pattern. Seasonality has also been turned upside down, though Russians did in 2012/2013 and are expected in next year’s high season to drive the market, we see high demand from China in July and August.

Taking out last year’s report for the same period, Patong ruled the roost in terms of many lead indicators but this year Kata, Karon and Bang Tao are showing strong signs due to their proximity to the beach. Rates in the entertainment markets continue to be under the gun, as the Australian dollar exchange rate is down, leading tourists from there to spend less. With its vast array of non-distinguished same same Patong hotels, rooms have become a commodity and the art of war is one fought on the battleground of room rates.

One surprise is the strength of the upscale hotels, and the fact that, yes, emerging markets will pay more for high quality premium oceanfront or near-to- the-beach properties. For those naysayers this includes the Russians and Chinese and rates are the proof of the pudding. One significant decline is the Korean honeymooner segment, which prefers resort villas, and according to key wholesaler businesses in this market, is down 15% due to economic concerns.

To continue the hotel market as a basketball game analogy, we went out and talked to hoteliers about this year, quarter by quarter, and in broad terms the consensus is that Q1 was a boom, the second and third quarters appear softer but interest is strong in the final quarter of 2013.

Taking a spin around Phuket it was interesting to see many tourism establishments in Kata and Karon still open in July, while they used to close during the mean lean green season.

Overall the island is continuing to see a rapid shift of travellers and the feast looks to be a movable one. For Patong though, the message is clear that some sort of quality and infrastructure change is sorely needed to keep pace with competition from the north and south of the island. One thing for certain is there is no plugging that hole to China anytime soon.