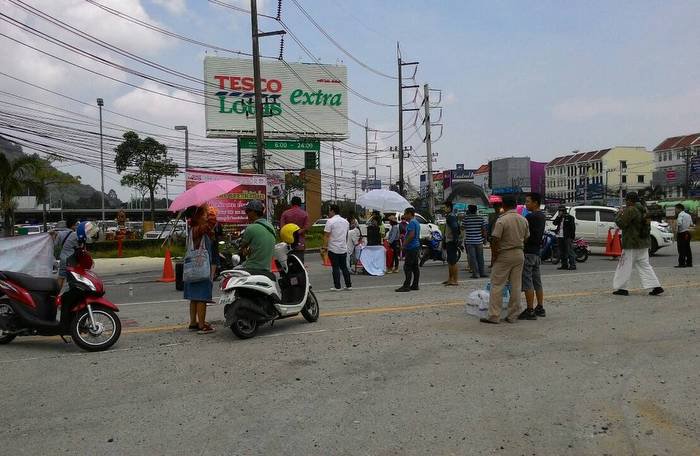 More than 50 signatures were garnered by about 20 peaceful protesters at the much-delayed project site yesterday.

“The protest started because people had been posting photos of potholes and accidents at the construction site,” said Samak Luedwonghad, director of the Phuket Highways Office. “We had actually already responded to the issue and started fixing the road before the protest started [story here].”

The letter of complaint given to Governor Nisit this morning requested more lights be put up at the site, all potholes fixed, the flooding issues better managed and the construction company be pushed to complete the project as soon as possible.

“I will deal with relevant offices to quickly solve the problem in order to avoid any more accidents,” Gov Nisit told the group this morning.