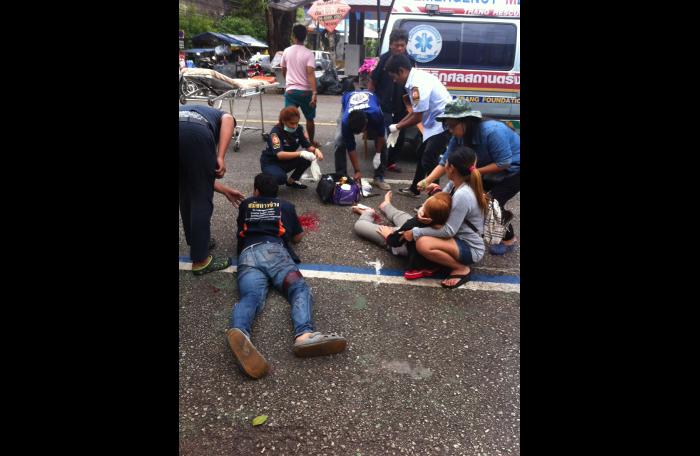 PHUKET: The Phuket governor has put the province on high alert in the wake of last night’s bomb scare in Patong and this afternoon’s bombing in Trang.

At least eight people were injured after a bomb exploded at a walking street market in downtown Trang city today. The blast occurred while vendors were setting up their stalls along Ruenrom Road, on the same street as the Trang Provincial Justice Office and less than a block away from City Hall (story here).

Governor Chamroen Tipayapongtada told the Phuket Gazette today that provincial authorities have been placed on high alert and will be making sure every vehicle entering the province is thoroughly inspected. The governor said staff at Phuket International Airport and at ports around the island have been told to bolster security as well.

“Phuket has always taken security concerns seriously and we strictly adhere to our safety procedures,” Gov Chamroen said. “We are taking serious defensive measures. I’ve ordered the authorities to double their efforts in order to reinforce the public’s confidence in their safety.”

“Meanwhile, please do not panic,” he added. “We have the security situation under control. Please go about your daily lives and leave the authorities to do their jobs. If anyone sees any suspicious activities, they’re more than welcome to inform the police.”