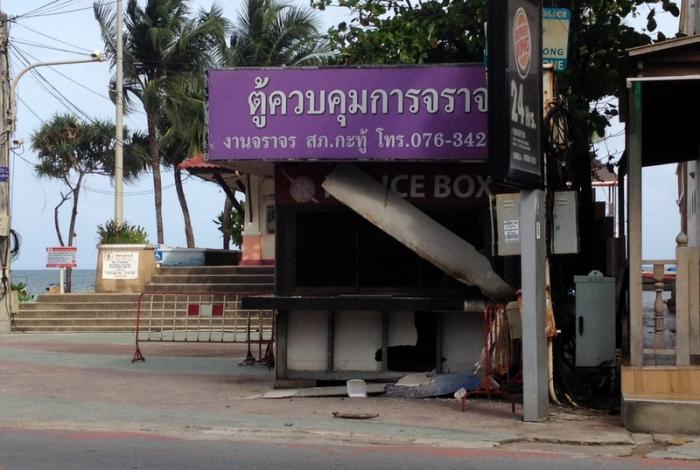 PHUKET: Two bomb blasts in Patong this morning have left one man injured.

One of the blasts occurred at the Bangla Police Box at 8am. The other explosion was a short while later at Loma Park, where provincial officials were conducting Mother’s Day ceremonies, Department of Disaster Prevention and Mitigation officer Sampawat Wannasangkam told the Gazette.

The streets around the blast areas have been cordoned off and the injured man was taken to Patong Hospital, confirmed the official.

“Meanwhile, we are examining CCTV as part of our investigations,” said the police chief.