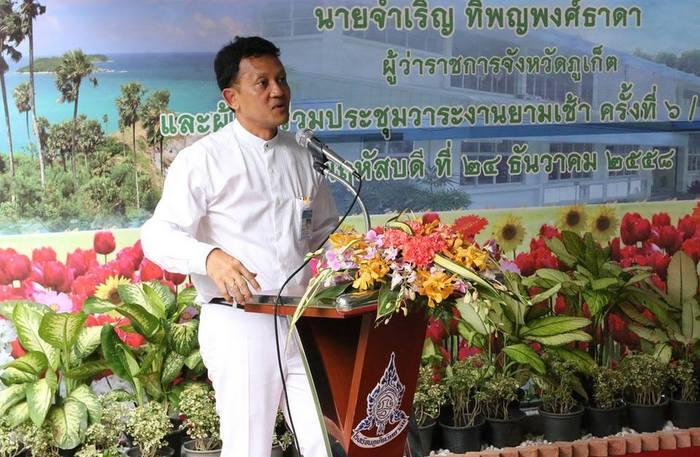 PHUKET: Phuket Governor Chamroen Tipayapongtada tabled a project on Thursday that would see the construction of a railway between Hat Yai and Phuket.

The move to promote tourism for the ASEAN community with the project was prompted by the opening of railway tracks for Hat Yai-Padang Besar, Malaysia, on December 21.

“We now have the opportunity to give travellers the convenience of grabbing a connecting train from Hat Yai to the Andaman region,” said Governor Chamroen. “Singaporean and Malaysian people love travelling to Phuket. Some of them have even purchased houses and have businesses here.”

Gov Chamroen noted that the tracks to Phuket would provide the only affordable way to regularly visit the island from those particular source markets.

“As it is, the only feasible, recurrent way to get here is by driving, which is less than ideal,” Gov Chamroen said.

The proposed railway project, for which an estimated budget was not announced, will have stops in Phang Nga, Krabi, Satun and Trang.