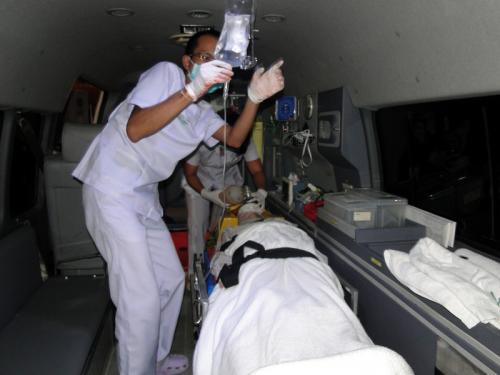 PHUKET: The German tourist who fell from the balcony of his third-floor hotel room on February 16 has received treatment at Vachira Phuket Hospital for his broken arms, but his family plans to take him back to Germany for treatment of a blood clot putting direct pressure on his brain.

“Alexander Sven Zott is still on life support and using a feeding tube. Doctors put splints on his broken arms,” a staff member at the hospital confirmed to the Phuket Gazette this morning

“His family wants him to receive neurological care in Germany, so they are preparing to take him home soon,” she said.

“Hopefully next week he will be flying back,” she added.