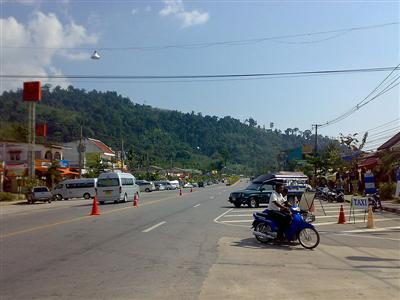 PHUKET CITY: German tourist Florian Zehentmair, charged with the manslaughter of his friend Sebastian Wolff in Khao Lak, has been released on bail.

Police do not know where he is staying.

In another development in the case, preliminary investigation into the cause of death by the police forensics institute in Surat Thani has determined the cause of Mr Wolff’s death to be drowning.

Kulthon Chalaadphate, Superintendent of the Thai Muang Police District that covers Khao Lak, said police questioned witnesses who said they saw the two men arguing in the early morning hours of May 13.

Mr Zehentmair later left the beach and returned alone to the room he had earlier checked into with Mr Wolff.

With a court-issued arrest warrant, police arrested Mr Zehentmair after the discovery of Mr Wolff’s body on the beach.

Mr Zehentmair was questioned at Thai Muang Police Station, where he denied the charges.

Mr Zehentmair managed to post Bt175,000 in cash as bail and was released the same day.

To prevent the suspect from fleeing the country, police seized his passport.

Police are now unaware of where Mr Zehentmair is staying and say he will have to report to authorities after the forensics institute releases its findings in an official report.

“We believe he is still in Thailand because he doesn’t have a passport and therefore cannot travel abroad,” Col Kulthon said.

The police have already charged Mr Zehentmair with causing bodily harm resulting in the death of another.

The case will be forwarded to the provincial prosecutor’s office after police receive the forensics report. If found guilty, Mr Zehentmair faces a prison sentence of at least 10 years, Col Kulthon said.

The German Embassy is also following the case, he added.

Col Kulthon still maintains that the cause of the alleged attack was romantic jealousy, after Mr Wolff kissed a male Thai teenager who was part of a group the pair met on the beach that night.

“Mr Zehentmair and Mr Wolff were lovers who came to Khao Lak on vacation together,” he said.

However, an anonymous source in Munich has contacted the Phuket Gazette denying that the men were romantically involved, saying they were just best friends.