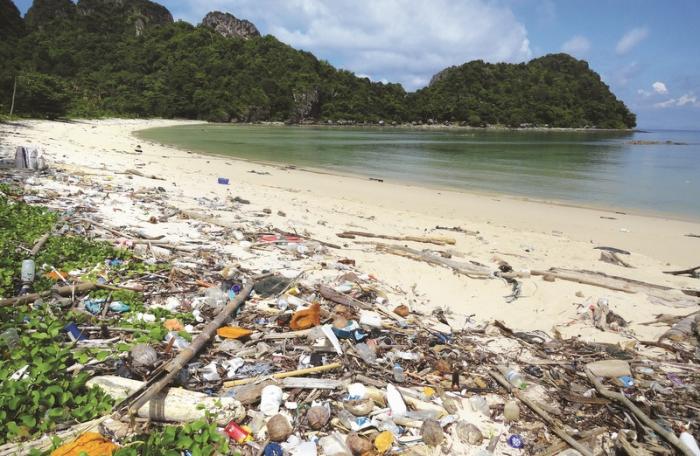 PHUKET: In one of his last essays, “Civilization and Its Discontents”, Sigmund Freud, one of the greatest minds of the twentieth century, argued that mankind had a ‘death wish’, a willed capacity for self-destruction. “Civilization’s aim was,” he said, “to combine single human individuals, families, then races, peoples and nations into one great unity, the unity of mankind”. But he added, “man’s natural aggressive instinct, the hostility of each against all, and all against each, opposes this program of civilization.”

Now, nearly 90 years on, it seems a particularly prescient observation. Of course, Freud was thinking principally of mankind’s insatiable appetite for war, all too aware, in 1930’s Germany, that Hitler was cranking up his military machine. However, were he alive today, Freud would surely be aware that, despite the killing fields of war, the threat to our natural environment posed by man’s selfishness and greed, is a far more serious long-term problem, something that endangers the very existence of our planet.

Anyone who cares about our natural heritage knows the key areas of concern. Headed by climate change, they include rising sea levels and ocean warming; atmospheric and water pollution; over-fishing; deforestation and loss of wildlife habitat; poaching; field and forest burning; solid waste and waterborne pollution.

The year 2016 was not only the hottest on record, but it was also characterized by extreme weather events: flash floods, cyclones, landslides, droughts and inundations. It is estimated that the world needs to invest one trillion pounds every year in clean energy (the clean trillion) to enable us to move away from the high carbon fossil fuels that, more than any other single factor, are creating global warming.

Is Phuket especially at risk? Yes, it is. And for three related reasons. One, because of its dramatic economic growth, its infrastructure has significantly failed to keep pace, resulting, inter alia, in unacceptable levels of pollution; two, because it is an island, its encircling seas – more sensitive to contamination and climate change than land masses – are key to its well-being; three, because as a tropical environment, its ecosystems are being decimated by global warming – coral reefs for example – far faster than anticipated. Tropical systems are inevitably more at risk, if only because they have evolved within narrow temperature ranges.

It is therefore always gratifying to hear of local initiatives – any initiatives – which address these concerns. Vice-Governor Teera Anantaseriwidhya, addressing Phuket’s ‘Trash and Wastewater Committee’, has recently issued an order to local authorities, demanding that they clean up streets and dump sites on the island. Not before time. And while words in Phuket generally speak louder than actions, it is to be hoped that his warning “that these issues are serious and must be addressed urgently” will be heeded. In particular, the committee “must take more effective action about all forms of waste disposal on the island.”

They could start with Koh Phi Phi, which, despite its massive income from tourism, discharges 93 percent of its wastewater straight into the sea. Or, more modestly, with my neck of the woods in Saiyuan, which, because of the pot-holed dirt tracks that pass as roads here, has become a haven for fly-tippers and garbage dumpers.

If you have gardening or environmental concerns, contact Patrick at drpaccampbell@gmail.com. Many of his creative and academic publications can be found at his website: Green galoshes WordPress

Understanding your place on the happiness scale [video]