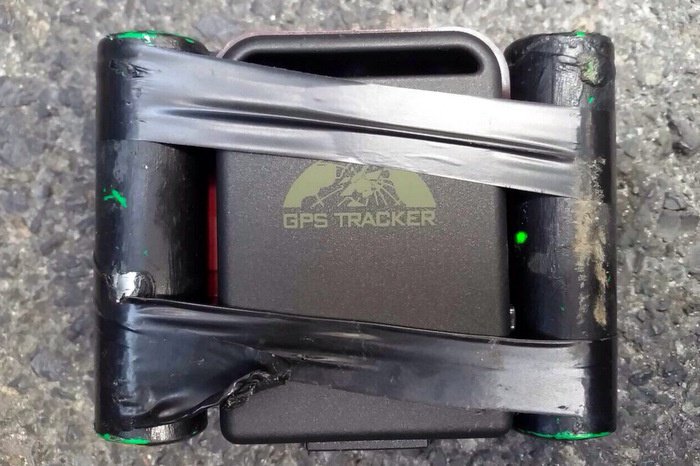 The EOD unit arrived at about 2:10pm, after receiving a call from the Phuket City Police.

“A security guard found an object in the open area of the car park that he feared could be a bomb,” Lt Prachpong Keawkamjan, head of the Phuket EOD, told the Phuket Gazette.

“He did not touch it. All he could see was a magnet and batteries taped together. The unit was emitting a flashing green light.”

After sealing off the area, the EOD inspected the device.

“It took us only a few minutes to discover that it was just a GPS tracker, which we believe fell off a vehicle,” Lt Prachpong.

Lt Prachpong warned people not to touch or interfere with any items suspected of containing explosives.

“Please do not mess with any suspicious items, just call us at 191,” he said.

Though the device was harmless, police will check CCTV footage at the hotel in hopes of learning how it came to be in the car park, Lt Prachpong said.

“If the tracker was left in the car park accidentally, we will not take any action,” he said. “However, if it was left there intentionally, we will try to track down those responsible.”

People in Phuket have been wary of suspicious items since the car bomb at Central Festival Samui last month. The blast left four Thais and one foreigner injured (story here).

Last Friday night, the EOD was alerted to a suspect bag left abandoned on Pathiphat Road, in Phuket Town. The bag contained only cosmetics and beauty products (story here)

Two weeks ago, a bag abandoned at a public park in Wichit had the EOD scrambling, only to find that it contained nothing more than wet clothes (story here).

Cricket: Thalang surge to vie for place in semi-finals