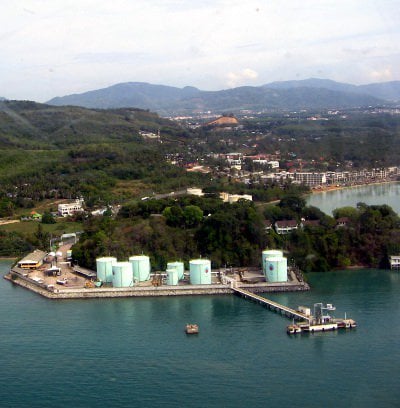 PHUKET: A boat carrying 40,000 liters of oil sank in heavy seas off Phuket yesterday, prompting fears of environmental damage if the vessel could not be salvaged in time.

Phuket Marine Police deputy commander Prasert Srikhunrat received a distress call from the crew of Choke Thavorn 6 at about 11am.

The vessel was delivering the oil from a tank farm in Phuket’s Wichit district to Koh Racha Yai, about 25 kilometers south of Phuket.

The vessel was foundering in four-meter-high seas about 10 nautical miles south of Rawai village, at the southern tip of Phuket island.

By the time it arrived, Choke Tavorn 8, a sister vessel of Choke Thavorn 6, had already rescued the four crew members. However nothing could be done to save the vessel, which sank with its 40,000 liters of oil in water estimated to be 30 meters deep.

Officers say they are monitoring the situation and trying to detect signs of leakage, but it is a difficult task given the sea conditions and darkness.

The Meteorological Department’s forecast for the 24-hour period starting at 4pm does not auger well for a salvage effort. The report calls for “fairly widespread” rain covering 70% of the province, with isolated heavy rain and Southwesterly winds of 20kmh to 35kmh.