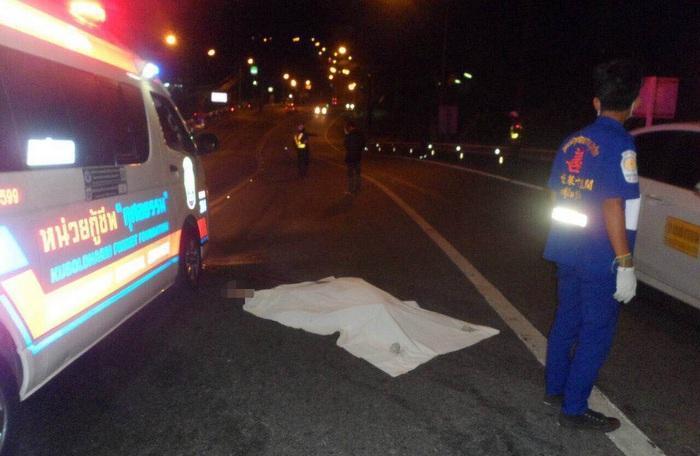 PHUKET: A Phuket expat today was able to identify a British man who allegedly jumped in front of a bus in Patong last week.

The foreigner, who asked to be named only as Darren, recognized the British national after seeing a picture of him supplied by Patong Police and published by the Phuket Gazette. Following the identification of the man, the Gazette removed the image of the body.

“He was one of my good friends. He really was a good man,” Darren told the Gazette. “The consul is now working on contacting the embassy to inform his next of kin.”

Dysfunctional CCTV cameras in the area where the man was killed on Wednesday last week (story here) had left police clueless.

“We had hoped to find CCTV footage showing where the man had come from so that we could identify him and track down his relatives or friends. However, we came up empty handed,” Maj Pattapee Srichai of the Patong Police said.

Bus driver Somkhit Wongpan, 33, told officers that he saw the man standing by the road, looking at the bus as it made its way down Patong Hill. The man walked into the road, but Mr Somkhit switched lanes in order to avoid hitting him. However, the man allegedly jumped in front of the bus as it was passing him.

The man’s name is being withheld by the Gazette, pending confirmation that his next of kin have been informed.