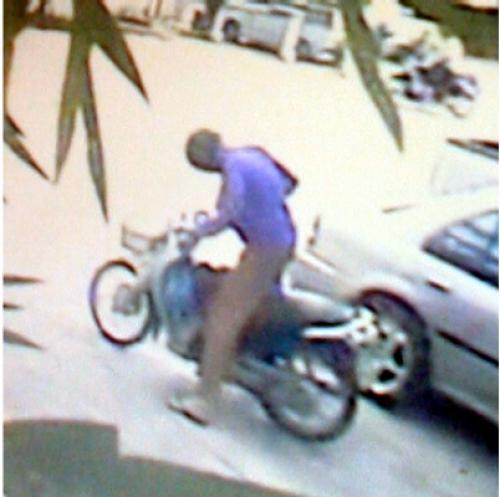 PHUKET: Police investigating the disappearance of American Brett Bean, last seen on Phuket on November 25, are now searching for a man who used Mr Bean’s debit card to withdraw cash from a Phuket ATM on Monday.

“We were informed by Mrs Bean [Brett’s mother] that on December 17 someone used Mr Bean’s debit card to take the money out from his bank account in America,” Karon Police Deputy Superintendent Sophon Borirak told the Phuket Gazette today.

“Mrs Bean contacted the bank in America and was told that about 30,000 baht was withdrawn. Now we are checking which ATM the man used so we can check the CCTV footage to determine whether the man who made the withdrawal was Mr Bean or someone else,” Lt Col Sophon said.

“We and his family believe that Mr Bean is still alive and still in Phuket. We also believe that the man who withdrew cash from Mr Bean’s bank accounts on November 23 and December 17 is Mr Bean, because if it were someone else, the person would have taken all the money out of the bank account, not just small amount of it,” he added.

“We also keep checking to see if his mobile phone is switched on, but so far we’ve received no leads,” he said.

Lynne Bean, Brett’s mother, explained to the Gazette that her son had returned to Phuket each year for about the past eight years.

“He always has a return ticket to the USA, as he did this year,” said Mrs Bean.

“He has a permanent residence in Phuket. He pays by the year,” she added.

Brett’s family are confident that Brett is the man recorded on CCTV withdrawing cash from an ATM in Phuket on November 23, four days before he was due to board a plane home.

Brett was last seen by one of his neighbors on November 25, but failed to board his flight home on November 27.

“We do not know of any tensions with anyone in his life. He is highly respected and very well liked by family and friends,” said Mrs Bean.

“We thank everyone [involved in the search for Brett] and we appreciate their concern. We are still hoping for his safe return,” she said.

Deeply concerned for her son’s well-being, Mrs Bean has offered a 50,000-baht reward for any information that leads to finding Brett.