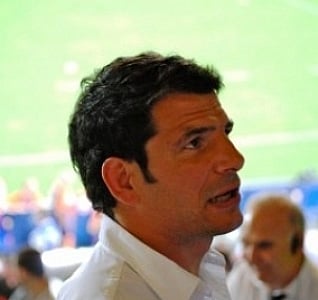 PHUKET: “Yesterday we had the same players out there as in Wellington against Tonga, except that they grew a big pair of balls.”

Marc Lievremont, coach of the French national rugby team remarks on their performance after defeating England at the quarter final stage of this year’s Rugby World Cup in New Zealand.

A fortuitous France side will play home favorites, the All Blacks, in the final this coming Sunday at Eden Park in Auckland (3pm kick off – Phuket time).

Facing the Kiwis in their current vein of form, and hoping to emerge with the Webb Ellis trophy, will take more than just courage, assuming that Lievremont’s statement regarding their defeat of England was a euphemism.

If France do not bring their “A” game to the final, Lieveremont’s charges may well be – and this is a euphemism – handed back their now large appendages on a plate.

Phuket gets its hooks, lines and sinkers at the ready