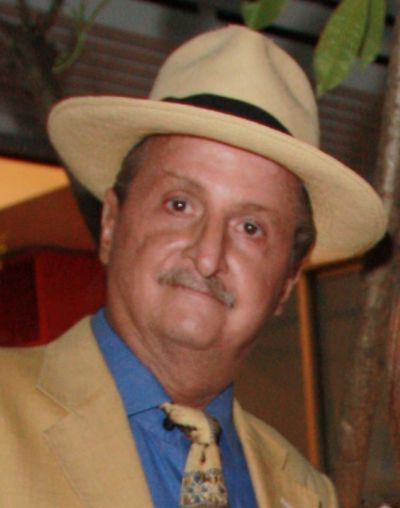 PHUKET: Long-term Phuket expat Frank Visakay of the USA died in his rented home in Rawai today of apparent heart failure. He was 71.

Neighbors discovered his body in his home on Soi Pattana after becoming concerned because he had not left the house for a few days.

Friends close to Mr Visakay said he had been suffering from a rare respiratory disease called pulmonary fibrosis for five years and that he was resigned to and well-prepared for his passing.

A native of New Jersey, Mr Visakay was a successful restaurateur in New York City before retiring to Phuket in 1998.

He was a regular fixture at literary gatherings on the island and published several books while living in Phuket, including his memoirs in a 2008 book entitled Jasmine Fever, Confessions of a Jaded Expat.

He was also featured in Expat Gallery in the April 3 edition of the Phuket Gazette this year. [Subscribers to the Digital Gazette click here.]

He will be sorely missed by his many friends on the island.

His remains are being held at Vachira Phuket Hospital until they can be claimed by relatives.

Police have ruled out the possibility of foul play and accept that Frank died of natural causes.

Friends are now trying to contact Mr Visakay’s only surviving relative, a twin brother in the USA.

At his own request, no memorial services are planned.