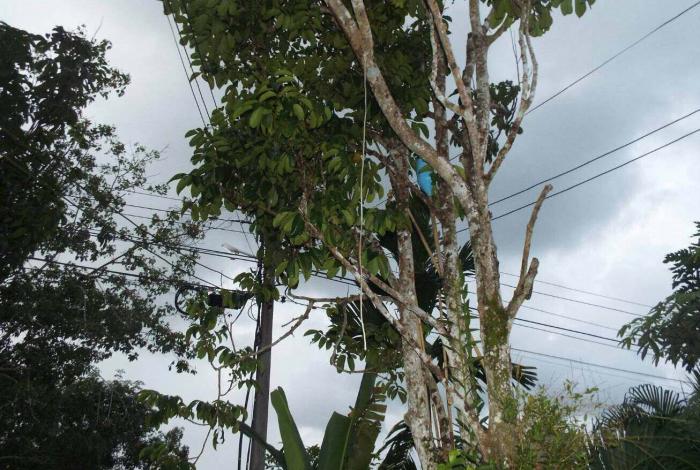 PHUKET: A four-year-old girl found her dead father hanging by his neck from a tree near the Tah Rua Temple this morning.

The 43-year-old man, named Wirot Jadsang, used to work as a hotel cook. He reportedly died about two hours before his daughter found his body, on her way to school.

Lt Col Sanich Nookon of Thalang Police arrived at the scene to find a rope still attached to the tree, while Mr Wirot’s body had been cut down and moved to his house by his family.

“After discovering her father’s body, the girl called out to her mother, Rassamee Jadsang, who called others for help to cut the rope to remove the body,” said Col Sanich.

“Ms Rassamee said that her husband had been depressed and didn’t share any of his problems with her. The family has no wish to investigate further and will go ahead with the funeral,” he added.

Visa-on-arrival fee to double from Sept 27